HOW I GOT INTO REAL ESTATE 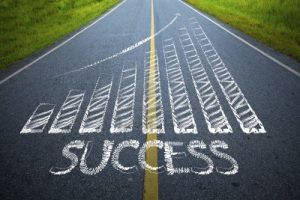 I still remember it all like yesterday.  As a matter of fact, I must have told the story over a thousand times.

The year was 2006; I was working in an aviation company in Ikeja, Lagos Nigeria at the time. I had been working there for about 2 years and it seemed I was wasting my time. Truth be told, I learnt some lessons about structure, administration and organisational politics but I wanted more out of life than all the routine activities and boring life the organisation had to offer. To make matters worse, my salary at the time was a miserable N50, 000 ($250) per month.

I knew something was seriously wrong with such life but whenever I tried to talk to friends and family about how I wanted more out of life, they sort of talked me into being thankful to God that at least, I had a job and a source of income. They were always so quick to remind me of the usual statistics of the employed vis-a-vis the unemployed. ‘’You better count yourself lucky’’, they would say and lest I start to sound like a broken record, I kept my mouth shut so I don’t sound like an ungrateful fool.

I kept this going for a while until the day a lady in the office called a bunch of us, bought us drinks and broke it to us that her husband just bought her a car (a beautiful Volkswagen Bora). That was it for me. Something that simple broke the camel’s back for me. She sparked up something in me that day that has kept me going till date. I was not married at the time but it was in focus so, I thought to myself if I stay here, would I be able to buy my wife a car in 5 years’ time? I mean, I didn’t even have a car myself at the time. I was living in my uncle’s house and most of my salary was spent on surviving. It was too damn had to dream.

These new line of thoughts got me asking the right questions. I started researching into industries, careers, business and anything I could do to better my chances of financial stability in the next 5 years. I was so determined to change my situation so that one day, I too could buy my wife a car just because I was happy with her.

Before long, I started noticing a guy, who also at the time worked in the same organisation as a lawyer, (for the benefit of this article, let’s call him Samuel). He was on the same salary scheme with me but his standard of living was way beyond mine. He bought and used the best of everything (available to our level) I mean, phones, wristwatches, suites, shoes, shirts and he had a car. He was always looking nice, smart and successful while I was on the other hand, always looking like I lived in a refugee camp. I bought everything I wore on the used clothes market in Yaba, my shoes were a wreck and they looked like wooden canoes with Dunlop souls. I had patched them up so many times I stopped counting. At some point I started using the stapler to hold them together. I mean I was desperate for a change.

I approached Samuel and politely asked how he was able to live like this on the same salary level as me. I asked if he had rich parents or relatives somewhere who were making all these available to him or if he was into some kind of business obviously unknown to me. The later was the case; he did know something unknown to me. Samuel sat me down and explained to me how his Dad used to work with LASDPC (Lagos State Development and Property Corporation) and had gotten exposed to real estate at a very tender age in his life. Also, he told me how being a lawyer; he was solving legal matters for his clients in the real estate sector in exchange for money. To rub it in, he told me he took the job at our firm them because he wanted to learn how firms are run and he spent his salary on petty things like fuelling his car, recharging his phones and other little things. Now, I don’t know if

this guy was lying to me or not, all I know is if he was, he lied to the wrong person, because I believed him and was determined to make this my reality as well.

Anyway, I made up my mind to go into real estate as well and the rest as they say is history. I started really digging into my new found career to really understand it and before long it started making sense to me. You see, in both of the books I was given during my graduation, ‘Rich Dad Poor Dad and The Richest Man in Babylon’, I had heard about real estate, but it sounded so farfetched to me backed them and looked like something only meant for the rich folks. Samuel however explained it to me better and I realised that real estate is actually community service and unless you intend to use it as a medium to serve, you would most likely get it wrong.

So in a nutshell, this is how I got into the real estate industry, it hasn’t been easy but it’s been fun. I’m married now and yes, I bought my wife a beautiful Lexus SUV because I love her.