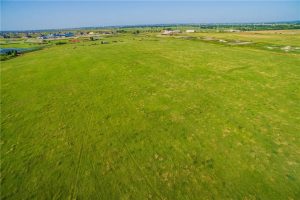 If you’re a real estate developer with long term development goals in the Lagos Metropolis, I’m sure sourcing for land (which is a major real estate raw material) to develop is one matter you are constantly dealing with.

Despite the fact that Lagos State is the smallest State in Nigeria with an area of 356, 861 hectares (out of which 75.755 hectares are wetlands), it remains the most populated. It is estimated that over 21 Million souls currently reside in the State with millions more visiting from neighbouring states on a daily basis. This is a major real estate problem.

Once developers see these numbers, all they can think of are the real estate opportunities in the state not realising that land to build on is in short supply.

For private individuals who only wish to build a home for themselves, its quiet simple, (although expensive) you buy. However, if you are in the business of real estate development (with a view to maximize profit) you’ll soon find out that buying landed properties (especially in prime locations) eats too much into your profit and rubs you of your competitive edge. You need to be wiser and more strategic to survive.

To address these land sourcing headaches, we suggest entering into Joint Venture arrangements with land owners. These may include private individuals, families, cooperative societies, firms and government bodies.

Now, as simple as it may seem, there is nothing simple about JVs. Finding a common ground for parties involved is always a complicated process. Whether the transaction is between a developer and a private land owner, State Government or Federal Government, the negotiation process is always very tricky and controversial as everyone is after their own interests. To seal a Joint Venture deal, you would require a lot of tact, patience and the willingness to make compromises.

JV with Individuals: From experience, the most straight forward out of the above three is JV with private land owners or firms. Here, it’s always about the figures for both parties. However, where either or both parties are hard headed and selfish, egos start manifesting, tempers flare and the deal goes south in no time. So, the transaction will only be completed if the developer is willing to bend to the land owner’s terms or vice versa.

State Government: If you have ever done any transaction with the Lagos State Government before on land related matters, then I’m sure you can imagine what signing a document like a Development Lease Agreement with the state would entail. In Lagos, land is gold so you should know that there are many other developers applying for the same land you’ve applied for. To get the land, you must be offering something others can’t beat.  Coupled with this is the bureaucratic process of getting things done in any government establishment in Nigeria. For requests to get a reasonable level of attention you need to start pushing from the top; the higher your level of connection is in the State Government, the easier it is for you to receive a positive response to your Land request. The is a put-off for most developers.

In conclusion, it has been established that as far as getting a robust land bank is concerned, JV is the way to go. To do so however, you need to get your strategy right and equip your legal & negotiation teams for this journey.

For more information on this topic, kindly send us your comments.

HOW TO ACHIEVE YOUR GOALS IN 2016 AND BEYOND
FIVE EASY WAYS TO HANDLE LAND USE CHARGE MATTERS IN LAGOS, NIGERIA